“Nuisance” Wild Birds: Why Are They Protected?

If you have spent any time on a golf course, gone picnicking at a local park or beach, or walked along the shoreline, you may not be surprised to learn that nuisance bird problems are cropping up with increasing intensity across the country. One question wildlife management professionals hear frequently is “Why are geese and gulls protected when there are so many of them?” It’s easy to understand the frustration. Nuisance bird populations can ruin more than a day at the beach; they create year-round problems for all types of properties, venues, and businesses. But all native wild birds ARE protected – even those designated a “nuisance” –under the Migratory Bird Treaty Act of 1918.

Why does this treaty protect nuisance birds?

In the early to mid-1900s, nuisance native bird species of every variety were facing extinction. The biggest culprit of nuisance bird issues, the giant subspecies of Canada Goose, was thought to have been extinct by 1950. Then a small group was found in 1962 and efforts to protect and repopulate them were put into place. Gulls too, were nearly extinct by the late 1800s, and didn’t see much recovery until the 1960s. Women’s fashion was the biggest cause of the decline for most bird species at the time, with feathers and even entire taxidermized birds being used for hats and other adornments. Pesticides like DDT, contaminants like PCBs, unregulated hunting for meat and sport and rapid loss of habitat all contributed to the steady and alarming decline of native birds. 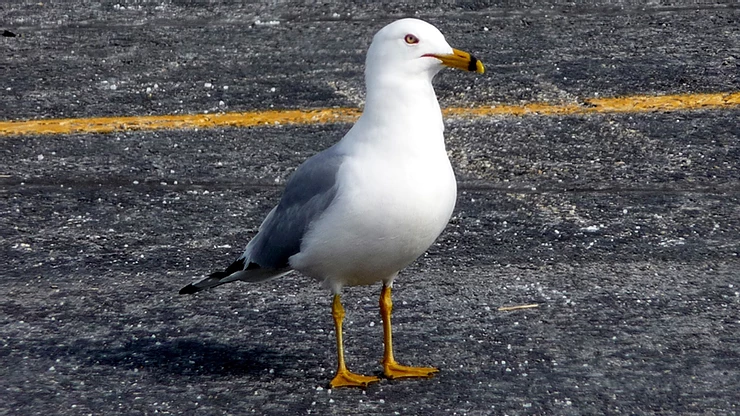 Though they are often called “sky rats”, gulls are protected by the MBTA of 1918.

Now that populations have recovered, why are these birds still protected?

The MBTA of 1918 is an international treaty. Because native birds often migrate between the countries involved in the treaty, their protection falls under the jurisdiction of all those countries. Killing birds in one country may significantly impact the bird’s populations in the other countries. Changing an international treaty requires international agreement, which isn’t a simple undertaking. Additionally, there are concerns that without protections, these birds would once again be in decline. If killing nuisance birds went unregulated, we could easily see a repeat of issues faced in the 19th and 20th centuries. Many birds that cause nuisance issues, like cormorants, pelicans, and blackbirds, have not fully recovered in their ranges and some, like swallows, are still in freefall decline. Birds are facing unprecedented dangers due to human and other hazards (window collisions, pesticides, feral cats, etc.) and many species are on the track to extinction. With the protections in place, management that impacts population numbers (like hunting and nest removal) can be monitored and controlled with permits and licenses so that conflicts with the birds can be resolved without risking the species population as a whole.

Are there any nuisance birds that are not protected?

The MBTA of 1918 protects only “native” birds, meaning birds that have evolved to live naturally in an area. There are a few species of nuisance birds that are “invasive,” – introduced into the area by human intervention and posing a problem for people and the natural environment. The three main invasive (and therefore not protected) species of birds in our area are the rock dove, aka pigeon, the European starling, and the house sparrow. Because these birds are not native, they don’t share the protections other birds do and management does not require permitting or licensing. Management, however, must still be humane and is best left to professionals. 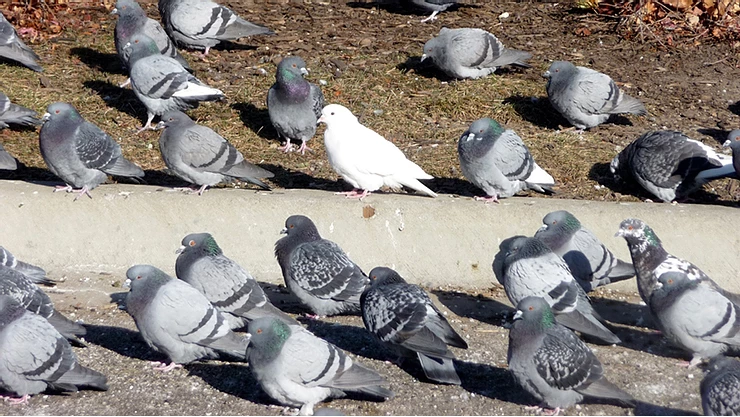 Another type of “sky rat”, pigeons are NOT protected in the United States.

What should I do to protect my property from nuisance birds?

Simple! Reach out to the bird management experts at Migratory Bird Management. Our staff is highly trained and experienced in humanely managing all species of nuisance birds. We have the permits and licenses to manage protected birds safely and in compliance with all legal and regulatory requirements. Our biologists and animal behaviorists are well-versed in the MBTA of 1918 and other wildlife management laws and regulations and are experts in bird behavior, biology, and management. Schedule your wildlife damage or migratory bird safety assessment today. How to Protect Your Crops For The Season How to Obtain Goose & Gull Egg Removal Permits in Wisconsin